With their fourth album, the sunny Blue Skies, the American band Dehd has reminded us of their music. And it feels good…

The creative process is always different from one group to another. What is yours?

Emily Kempf: We write all the time. The three of us are very intuitive people. Together we are even more intuitive. One of us actually starts playing a melody and the other two follow. We follow the song that is created. Then one of us starts to sing over it. We share the space. When the time comes to record, we look at all the songs that have been created and then we start to rewrite with a specific goal.

Jason Balla: We have our ingredients: bass, guitar, drums and voice. If we were painting, I would say that we don’t start by drawing the landscape. We start from where we are, from the first brushstroke, no matter where it was done. So it’s very much a matter of intuition and gut feeling. With time, we have become a little better at what we do. And we have also learned over the years not to censor ourselves. Every idea, all ideas, are taken and developed. The cuts, the stops, the choices are for afterwards, when we start to edit the song, to shape it. But at first we explore, we try to discover the song.

Emily Kempf: I could compare our process to automatic writing. And everything happens in a very democratic way in the band. All three of us have to agree on a song. Fortunately there is never a fight between us. We give everyone the freedom to propose, to defend an idea until the end. But it has to be unanimous. Of course, I sometimes cry over songs that I liked and that didn’t see the light of day. It’s probably because I’m the most dramatic of the group! (laughs)

Did you have more time to write and produce Blue Skies, your latest album?

Jason Balla: We had less time to write but more time to record. When we start developing the songs, my mind really splits in two. I’m in the band as a musician but I’m also the producer, the engineer behind the console. Having more time to record has allowed me to give a little more space to both minds. For our first album, it was completely different. We rehearsed in the rehearsal room and as soon as the metal band finished a song in the studio, we would run in there, record as fast as we could and leave as soon as they had finished drinking their beers! (laughs)

Emily Kempf: I honestly don’t know if the longer recording time had an effect on the album. But I do know that it had an impact on our stress. We were much less anxious. We also realised that it was so much more fun to have time! 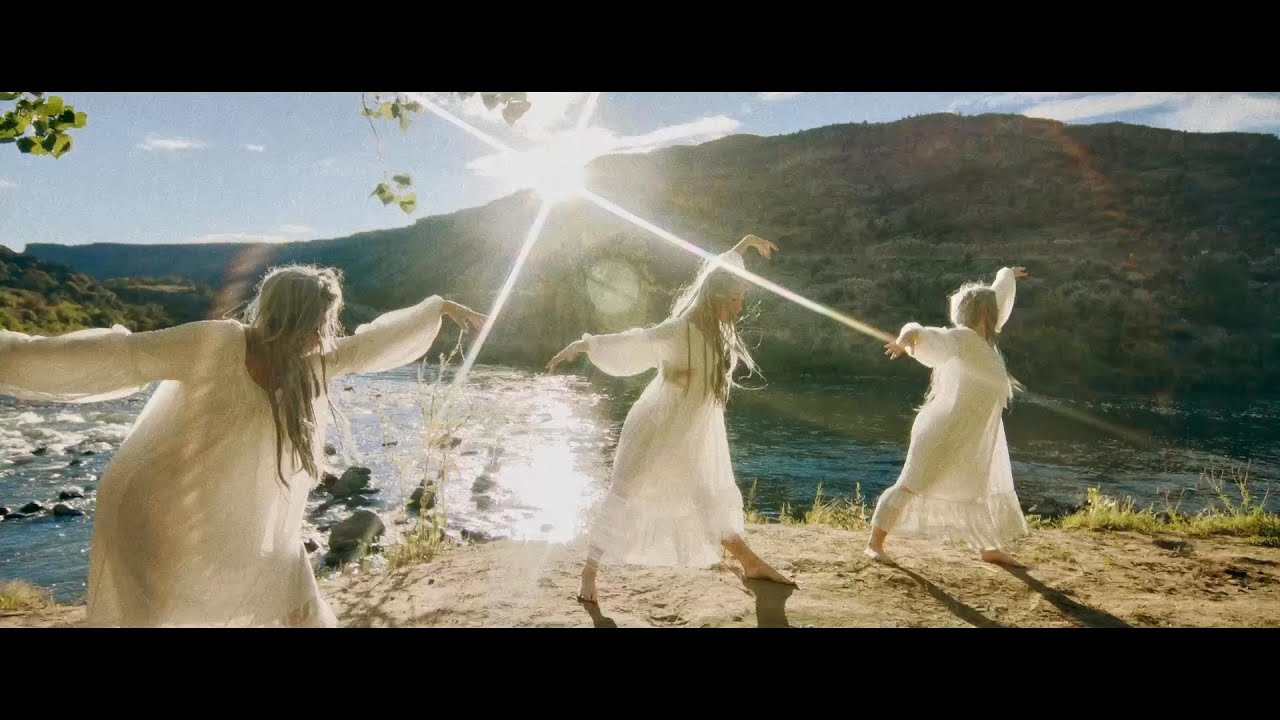 Blue Skies is reminiscent of a debut album with its apparent freedom, energy and ability to surprise the listener by taking unexpected turns. But it also sounds like a record of experienced people…

Jason Balla: I totally understand. We try to keep a kind of amateurish dimension. We don’t like it when everything is too perfect. We try to make music that keeps a human dimension. And we have become better at that over time. We know how to do that now. You have to know the rules to break them!

Emily Kempf: My mother does realistic painting. I love to watch her painting because I can see the different stages. And when she gets to a certain point, you can see on her canvases the very precise construction overlapping with the paint being applied. You see the foundation and the painting at the same time, the skeleton and the flesh in a way.

I listened to Blue Skies in my living room, with the windows open and the sun shining. And your record made me want to listen to it while driving in a car, with the windows down, with the sun flooding everything outside. Your record is full of light, of optimism in a way. Did you make this album to counter the heaviness of the world around us?

Emily Kempf: Yes, the world sucks. But it’s always going to stink and we’ll always need hope and love. We’re not immune to pain and bullshit. It’s easy for us to write songs about love and hope. So we’ll keep going. Blue Skies is exactly that. It sends that message: “It’s going to be a good day, and if it’s not, I’m going to get through it.”

This is your fourth album. When you get to this stage, do you feel or rather aim to build a coherent work?

Jason Balla: Every album has been an opportunity to improve. There are always periods in a career, the sound evolves, the ideas come to fruition as we go along.

Emily Kempf: All our albums have the same personality. It’s Dehd from start to finish. But each album corresponds to a particular period. Each one is like a snapshot of a child at a different time in his life. 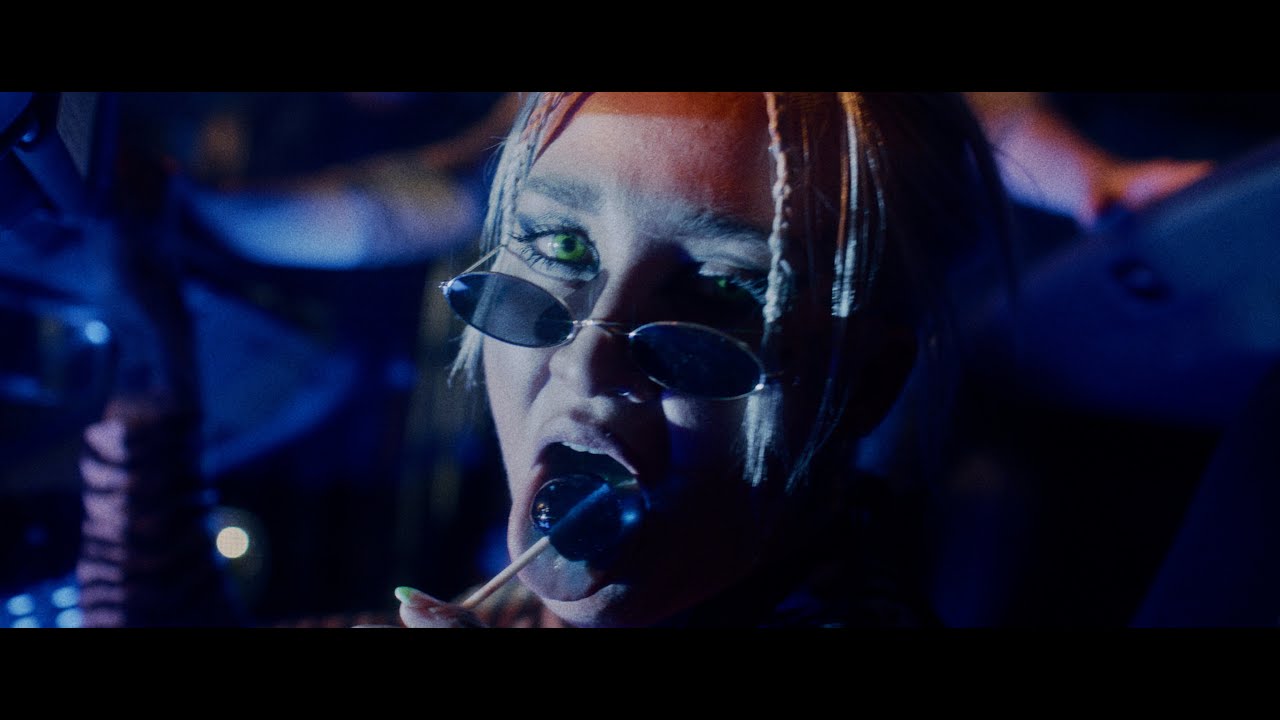 There are several stages in the creation of a song. Writing, production… Is the production a form of writing, of rewriting a song?

Jason Balla: A little. I always come back to that analogy of the song by the fire. Around the fire, you can pass the guitar to each person present and each person will deliver a different version of the song. One person will do a stripped down version, another… For Blue Skies, I really approached the songs as if they were to be played around a campfire. Everything was really done to create that base, to get back to the basics. But it will most likely be different for the next record.

Emily Kempf: Producing is really about polishing. You either pump up a song or strip it down.

Your clips are very special, always original. And a video clip is also a way of visually depicting a song. What is your approach to music videos?

Emily Kempf: We approach the video like everything else: as intuitively as possible. We don’t try to stick to the lyrics. The music and the video are like two parallel worlds. For each clip, I have an idea, images in my head. Then I call my friends who make the clips with me to talk to them. Then I talk to the rest of the band and suggest it to them. I have ideas in my head and I try to find ways to make them happen. I’m quite good at it.

You are at Rock en Seine for a concert. When you write a song, do you already have in mind to play it live on stage?

Jason Balla: I had this in mind especially for Blue Skies! We spent so much time away from the stage because of the pandemic. When we came back into the studio for the album, and we were able to make music again really loudly, screaming behind the mic, there was something of a realization. We could already see ourselves on stage doing these songs. And in a lot of ways, we’re really a live band.

Emily Kempf: It’s exhilarating to relive these songs written and recorded in the studio in front of an audience.